In Episode 15 we look at the 1947 film Lured with our special guest Tiffany Inman. 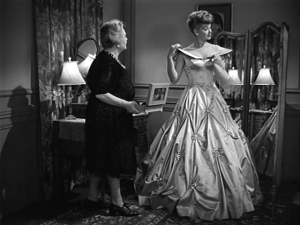 Eloise Jenssen did the gowns. She designed 21 projects and also worked on I Love Lucy.

Produced by James Nasser. His family built a number of movie houses including the Castro theatre in San Fransisco where the Noir City Festival is held.

Cinematography by William H. Daniels. He won the Academy Awards for Best Cinematography, Black-and-White, for The Naked City; 1949. He was Greta Garbo’s personal lensman.

George Sanders is no slouch. We talked about him in our episode about Rebecca where he played Rebecca’s lover Jack Favell. He won an academy award for All About Eve. I saw him in Quiet Please, Murder at Noir City Austin in 2018. He was in one of my favorite movies The Ghost and Mrs. Muir and he voiced Shere Khan in Disney’s The Jungle Book. He was also married to Zsa Zsa Gabor. He later married her older sister Magda.

Lucille Ball is best known for one of the best Tv shows ever made I Love Lucy. But she was also the first woman to own and run a television studio company and produced many popular television series, including Mission: Impossible and Star Trek. She suffered from rheumatoid arthritis. She was 40 when she had her first child which she named after herself! This was Lucy’s 73rd movie, made while she was a freelance actress. She was 36 when she made this movie. This movie was made before I Love Lucy. 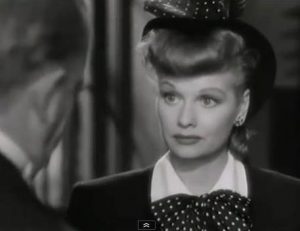 The film is a remake of Robert Siodmak’s 1939 French film Pieges, titled Personal Column in the United States. The original movie was set in Paris while this one takes place in London.

Film critic Dennis Schwartz gave the film a mixed review, writing, “The flawed film never settles into a dark and sinister mood (filmed in a Hollywood studio) but succeeds only in keeping things tension-free and lighthearted with continuous breezy comical conversations as Ball does a sturdy Nancy Drew turn at sleuthing with her comical detective partner Zucco (who knew the usually typecast villain could be so amusing!). It can’t quite measure up to compelling film noir, but it’s pleasing and easy to handle despite everything feeling so contrived and confining.”

Needless to say we don’t agree. Lured was compelling, dark, excited, well acted, directed and shot. This is one we will be revisiting.